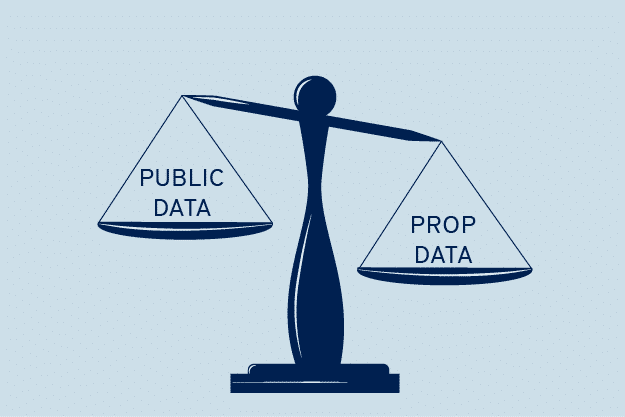 Lawsuits by major securities exchanges against the U.S. Securities and Exchange Commission about the regulator’s proposed market data infrastructure reform overshadow what the real and total effects for the exchanges would be if this new market data distribution rule is enacted.

In December, the SEC issued its plan to add supply and demand data about stocks to the public data feeds. On February 9, Nasdaq and the NYSE sued in the U.S. Court of Appeals for the D.C. Circuit to stop implementation of this market data distribution reform. The exchanges won a prior decision by the same court in June 2020 against an SEC challenge of market data fees. The court is scheduled to have a first hearing on the new case on April 26.

What is market data distribution?

Market data distribution is the availability of both free-of-charge public data and paid-for proprietary data that helps the efficient running and competitiveness of the securities markets for all investors and participants.

Securities Information Processors process and disseminate all trades and quotes from all US trading venues, making them available as public data feeds, for free. By making this data available they ensure that all market participants can take decisions based on full knowledge of what’s recently been traded or quoted.

Market data distribution also refers to the paid-for proprietary data (‘prop data’), direct from exchanges or via data vendors, that has been augmented and prepared to give faster, deeper insights, often with visual representations, in order to provide a competitive edge to those willing and able to pay for it.

The new market data distribution rule is looking to address what the SEC sees as a competition issue and a regulation-related conflict of interest stemming from the transition of exchanges to their current ‘for-profit’ status. The gap between regulatory-mandated public (free) and proprietary (paid for) data feeds has widened in terms of speed, depth and cost. The SEC believes that this distorts the competitiveness of the markets, because the additional insights and decision-support available to those who can afford multiple proprietary data feeds puts others at such a disadvantage

In response to the law suit against the new rule, the court could be inclined to rule in the exchanges’ favor again, although one cannot say that for sure. If the exchanges win, the data in question stays private and remains part of the exchanges’ premium data feeds, preserving the status quo of how market data distribution functions.

However, if the court does allow the additional data to be public, the gap between public feeds and the exchanges’ feeds would narrow, although it would not completely close. One other big difference between the public and private feeds is that the private enhanced feeds offer visual interpretation of the markets’ order books.

The Members Exchange, a smaller competitor to NYSE, Nasdaq and the CBOE, favors the SEC’s proposed reforms as necessary to meet market investors’ needs. Getting access to supply and demand data could help with that, but the visualizations of data that would still be part of premium feeds are more valuable than just raw supply and demand data – and a greater necessity for investors. Even if the reforms are upheld, investors still would have to pay for that or develop their own analytics capability to achieve it.

Beyond the law suit

Beyond the lawsuit, there are a couple of possibilities for what exchanges could do, but the ball is firmly in their court. Reform or not, exchanges could try to reach those investors with a selective or curated premium feed made more affordable for smaller firms. This would increase their potential income from market data distribution, unless current clients trade-down to the cheaper feed. The SEC’s proposal does also open up market data for third-party providers to apply to compete as packagers of this data.

For investors, the SEC’s market data distribution proposal could lower the cost to consume market data, since some of the premium exchange data that previously commanded a higher price would either be free or available at a low cost on a consolidated basis. This would achieve a similar result for the SEC as its previous proposal that targeted fees directly but was blocked by the US District Court.

Even if the SEC’s new proposal is given a green light by the court, democratized market data access is not on the cards. Premium prop data for a premium price is an established business model that isn’t going away. The SEC is keen to remove what it sees as a regulatory conflict of interest. Regardless, investors have a price to pay, one way or another. Either they pay for premium data or accept the potential cost of weaker decisions based on slower or incomplete data.

To find out how to make the most of the market data that’s available to you, Contact Us.