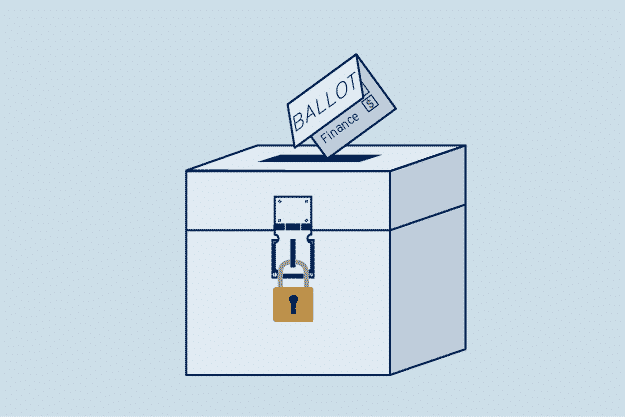 With the megaphones of the 2020 U.S. presidential election campaign blaring at full blast, it’s hard to hear what either political party might do about financial services regulation. If you put the contest on mute, however, and listen closely, there are messages to be heard – and indicators of the stances either party will take if they gain or hold power.

The Economic Growth, Regulatory Relief, and Consumer Protection Act, S 2155, which passed the Senate in March 2018 and was signed into law by President Trump in May 2018, rolled back parts of the 2010 Dodd-Frank Act and its Volcker Rule governing investment by smaller banks. S 2155 raised the threshold for banks to be considered “too big to fail.” That’s consistent with a philosophy of opposition to big government, and therefore big government bailouts.

Democrats may be seen as critical of Wall Street, but President Obama and his party supported the 2008 financial crisis bailout. More recently, S 2155 passed the Senate 67-31, with 13 Democrats voting in favor. Senator Kamala Harris, now the Democratic vice presidential nominee, opposed it, as did Senator Elizabeth Warren, a former presidential candidate who is being discussed as a potential Treasury Secretary in a Biden Administration if the Democrats win the presidency in November.

Even with a similar position and record on financial services regulation as Warren, Harris is seen as more moderate. Biden’s choice of Harris as a running mate calmed financial industry leaders who would have been alarmed by a left-leaning choice. Along with her vote opposing S 2155, as California attorney general, Harris led prosecutions of large mortgage lenders for their foreclosure practices.

Repealing or otherwise turning back the philosophy of S 2155 would not necessarily be automatic if the Democrats took control of the Senate. Majority Leader Chuck Schumer would likely still have to claw back some of those 13 members of his caucus who voted for it in the first place, who mostly represented states seen as purple or even red politically. So it’s unclear whether a Democratic majority in the Senate would function as a unified bloc on financial services regulation issues.

The Democratic party platform that would set the regulatory philosophy for a Biden Administration does not have a lot to say about financial services regulation, other than a short statement on page 23 pledging to strengthen and enforce Dodd-Frank and the Volcker Rule. Most of its section addressing Wall Street issues is concerned with mortgage lending and consumer finance.

Democratic lawmakers who have consistently and frequently opposed a rollback of financial services regulation are House Speaker Nancy Pelosi, Senator Elizabeth Warren, House Financial Services Committee Chair Maxine Waters and Senate Banking Committee ranking member Sherrod Brown. Among Pelosi’s stances and statements over the past three years, according to VoteSmart, are support for the original DOL Fiduciary Rule, opposition to weakening or rolling back the Dodd-Frank Act and the Volcker Rule, and opposition to SEC Regulation BI (the Republican-supported ‘best interest’ replacement for the original Fiduciary Rule).

Sen. Warren is not a ranking member of any Senate committees but is on the Senate Banking Committee. In recent years, she has stated support for higher capital requirements for banks and opposed weakening bank supervision by the Federal Reserve and criticized Regulation BI as being too lax. Sen. Brown, however, would presumably become chair of the Banking Committee if Democrats gain control of the Senate. He has generally called for greater oversight by financial regulators, and criticized the Federal Reserve for not conducting capital adequacy stress tests often enough. Rep. Waters also opposes weakening capital requirements for banks and has worked with the Better Markets group to preserve the provisions of the Dodd-Frank Act.

These Democratic congressional leaders, based on their statements, back preservation of Dodd-Frank, tougher financial services regulation and supervision, and higher standards for banks and financial firms. Still, a Democratic sweep of the presidency and the Senate could be a mixed bag for proponents of increased regulation of the industry, mainly because it’s unclear whether a Democratic majority would suddenly vote as a bloc on these issues, when members have voted with Republicans for deregulation, as with S 2155.

On the other side of the aisle, the Republican party platform was not updated for 2020, and its sole statement about financial markets, on page 3, still critiques various provisions of Dodd-Frank. The party is now running on its more recent record of deregulation. If the Republicans hold on to the Senate, based on their record and past statements, they would likely maintain their current course and philosophy. This in part assumes Sen. Mike Crapo, chair of the Banking Committee, would retain that post. He firmly backed S 2155. Rep. Patrick McHenry, ranking member of the House Financial Services Committee, would be more of a longshot to become chair since Democrats are most likely to retain their House majority, but affirms support for S 2155 and Regulation BI.

Along with S 2155 and its guidance for small bank investment and potential bank bailouts, the Republicans’ other significant financial regulation action concerns the Department of Labor Fiduciary Rule, issued in April 2016 under the Obama Administration. The right-leaning Fifth Circuit of the U.S. Court of Appeals in March 2018 vacated the rule before all of its provisions took effect.

The rule itself elaborated on the definition of a fiduciary (or investment advisor) in the Employee Retirement Income Security Act of 1974. The Department of Labor administers ERISA because of its connection to workers’ pensions.

More recently, in June 2020, the Department of Labor under the Trump Administration issued a new Fiduciary Rule, also known as Proposal 3.0, that reinstates the five-part test to determine who is a fiduciary, as existed in the original ERISA regulation. The new guidance also gives fiduciaries more flexibility to provide investment advice. In addition to the DOL guidance, last year the SEC issued Regulation Best Interest, which critics say is a weaker version of the original fiduciary rule issued in 2016, because it generally requires advisors to recommend “suitable” products but allows higher commissions in the process.

Looking Ahead at Financial Services Regulation

On the Fiduciary Rule, Democrats seem primed to roll back the more recent Republican rollback of that rule, even more so than with other financial services regulation. Several Democratic lawmakers expressed opposition to the revised rule in a letter to Labor Secretary Eugene Scalia. Investors and business owners are expecting Democratic gains and Democratic action on this particular issue.

There is one interesting wrinkle to be found in the record of current Treasury Secretary Steven Mnuchin, which might be of interest assuming he continues to serve if Trump wins re-election. Treasury has participated since 2017 in the semi-annual EU-U.S. Financial Regulatory Forum, which has kept up a dialogue with European regulators to discuss consistency on issues including central counterparty standards, Basel III capital adequacy rules, digital currencies and cryptocurrencies, and U.S. CFTC exemptions for foreign trading venues. These discussions run counter to the prevailing Trump Administration disengagement from European nations.

The issues that have gotten the most attention and debate in the U.S. financial services industry regulatory landscape center on banks’ freedom to take investment risks and to what extent the government will provide relief for failures, as well as what responsibility investment advisors bear for the advice they provide. Legislation and rulemaking on these issues has swung considerably from one philosophy to its opposition between the Obama and Trump Administrations, and judging by statements and positions of Democratic leaders, could swing back if they re-take the White House and Senate.